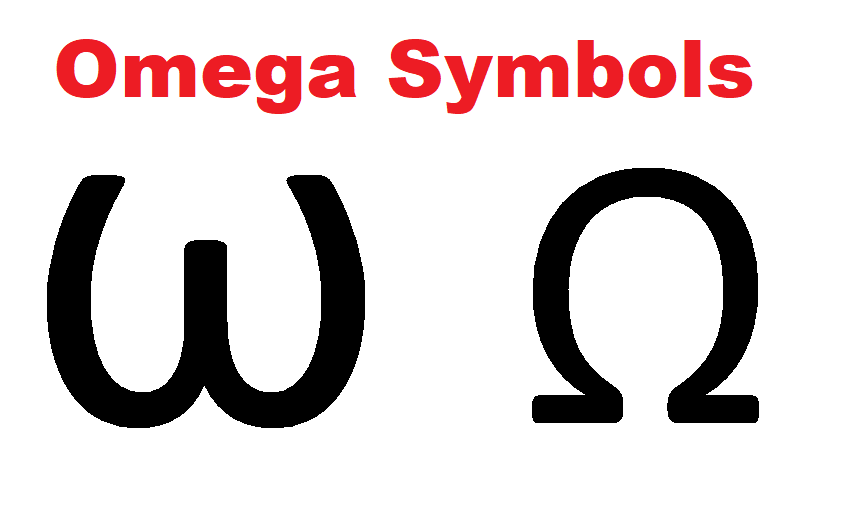 Omega symbol its Definition and Meaning

The origins of the symbol – The first use of the Omega sign dates from the end of the 7th century BC in the religions of Asia Minor. The Omega symbol was introduced into the Greek alphabet in the 8th century BC. Over time, it became popular around the world and is currently used in various fields and contexts. In the Greek Alphabet, Omega (Ω ω) is the twenty-fourth and last letter of the Greek alphabet. When you want to write Omega in capital letters, use the symbol Ω. When you want to write Omega in lowercase the symbol ω is used. It is part of the Modern Greek alphabet, commonly used in Greece. As it is the last letter of the alphabet, omega was used to denote the end of something, as the opposite of alpha, which symbolized the beginning. The Greeks use the lowercase Omega symbol ω. 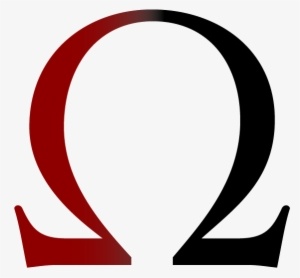 To include the delta symbol in Latex you need to use the following syntax:

– \ omega for the lower casing omega;

Copy and Paste the omega Symbol a very quick and clean way to get the omega symbol in Excel is to copy it from somewhere else. It can be an omega symbol that you have already inserted into the worksheet, or you can copy it from a web page. or while pressing the key alt press the omega sign from 234.

Below are the steps to insert the Omega symbol (ohm symbol) in Excel using a keyboard shortcut?

The Omega Symbol ω is used in Various Fields

The reality is that the Omega symbol and what it represents might surprise you as it is used in many different fields from religion to astrology, physics, chemistry, linguistics, computing, mathematics and a long.

In Physics, to identify the angular speed of rotation, which is the angle rotated by a unit of time. For ohm: SI unit used to measure electrical resistance. It is also used backwards ( ℧ ) to symbolize the inverse of the ohm ( mho / Siemens ) used for electrical conductance .Also used in Thermodynamics.

In Mathematics, to identify the smallest transfinite ordinal number in set theory. Indicate that each turn around the spiral represents an integer power of ω. it represents the space of the differential forms. For example, “A differential k-form ω is called closed if its outer differential is zero, that is, dω = 0”.

In telecommunications, it is related to the spectrum of the continuous signal.

In electricity, it is used to designate the pulsation of a signal.

In biochemistry it is used to identify the number of carbons from the end of the aliphatic chain of a fatty acid.

In Database Theory, it is used to identify the null or unknown value.

The symbol Ω is used

In Statistics, it represents the space of the sample, which is the set of elements that are used for their study in an investigation.

In Computer Science, it is used to identify the group of complexity functions that are at the bottom of another given function. In computer science, the notation is related to capital O and Chaitin’s constant.

Omega Point refers to computational theory about the end of the universe.

The Omega was also one of the symbols of Christianity. The use of the Omega sign in the context of Christian belief can be seen in the Book of Revelation. There, it is part of the “Alpha and Omega” representing an appellation of Jesus.

This expression has a deep meaning indicating that God existed before everything, and that he will exist forever after all. In the zodiac it represents the sign of Libra .

The Omega symbol in lowercase or uppercase has been associated to identify scientific concepts. It is used in chemistry to represent the stable natural oxygen isotope called oxygen-18 .In physics, the symbol represents the ohm , a unit used to measure electrical resistance. In astronomy it is used to refer to the density of the universe. In statistics, the Omega sign is used to refer to the number of multiplicity in a system.

Astrology is an interesting and mysterious field. When the Omega symbol is released in relation to astrology, surely some interesting explanations are discovered like the ones we are going to see below. The Omega sign is used in astrology to explain how eclipses occur.

The symbol is used to represent the lunar nodes which are the orbital points where the moon crosses the ecliptic. The ascending and descending nodes represent the crossing of the moon from south to north and from north to south.

Thus, the Omega symbol was used to predict eclipses in an easy way, since they only occur near the lunar nodes. It is closely linked to the zodiac sign of Pisces, although Pisces is the 12th sign of the zodiac, while Omega is the 24th letter of the Greek alphabet, there is this relationship.

What Pisces and Omega have in common is that they are both in the last position and represent a time of destruction, change and rebirth. As in the religious context, the Omega symbol here is associated with apocalyptic destruction.

In Marketing and Entertainment

In 1894 the Brandt brothers created a new standard in watch making, the 19-line caliber, which they called Omega, “the definitive one”. From that moment they assumed the name Omega Watches for the company.

Used intensively in the world of video games, as a symbol related to characters. For example, in Pokémon – Omega Ruby Symbol. In  movie characters, In X-Men, a character calling himself Omega Red, wears the symbol Ω on his forehead. Omega is one of the anti-heroes in the Japanese video game sequence, Mega Man Zero, from the Nintendo console, Game Boy Advanced in 2002. In the Final Fantasy video game series there is a monster named Omega Rugal. In the Earth Bound video game, the capital letter Ω (along with other letters of the Greek alphabet) is used to classify the level of each PSI.