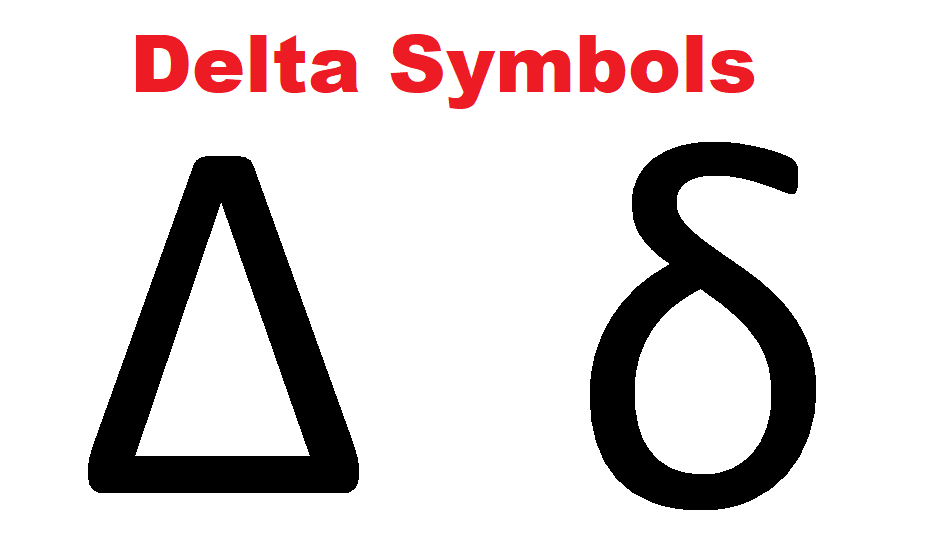 What is a Delta symbol?

A computer scientist or even a simple layman may stumble upon a simple symbol of the Greek alphabet delta Δ, which denotes a variety of meanings. This sign is a letter of the Greek alphabet and stands for the number four. A delta was formed from the letter of the Phoenician alphabet, which meant the direction, and more specifically the entrance. Some said it a triangle symbol. 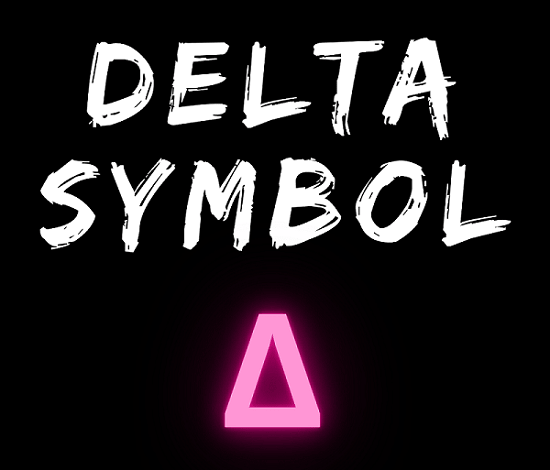 Type the English letter “D” instead of the character. Select it and in the top menu on the “Home” tab set the font “Symbol”. The letter will automatically turn into a symbol for delta.

Anywhere in the document, enter “0394” and press the Alt and X hotkeys. The numbers are converted to a character. The keyboard layout must be English. 0 3 9 4 ➟ Alt + X = Δ

On a full keyboard with a right numeric keypad, you can use the following method. Hold Alt and type 916. It is necessary to enter numbers on the right digital block.

Copy and Paste the Delta Symbol a very quick and clean way to get the delta symbol in Excel is to copy it from somewhere else. It can be a delta symbol that you have already inserted into the worksheet, or you can copy it from a web page.

Below are the steps to insert the delta symbol (solid triangle/arrow symbol) in Excel using a keyboard shortcut:

Alt keys are the Easiest Way to write the Greek symbols. To put in the unlike “deltas” in a file, you can also go on as follows:

Click the Insert tab in your Office program and then the Special Characters menu item, characters at the following location:

If you are a mathematician or an accountant, at some point in your career you will have to write the delta symbol. The delta symbol is the fourth letter of the Greek alphabet and looks like a triangle; it is also transliterated as d.

In mathematics and accounting, delta means the variation of a variable or function. Unfortunately, most keyboards don’t allow you to type multiple math symbols like delta, so you need to use different codes or the character map on your Windows PC or Mac to type the delta symbol.

Where is this symbol used?

Nowadays, the symbol is used throughout the sciences for:

In addition to being used in the spelling of the Greeks, the symbol began to be actively used in mathematics, geometry, algebra, physics, chemistry and geography.

Let’s talk separately about the use of delta in each scientific area:

Delta means in a geographical sense the initial part of a river, ocean or sea, has a semantic, rather than symbolic, literal concept and perception. Why is it the area where the river flows to be called that? It’s simple, it’s in the shape of this area, if you take a picture from above, and then the outflow of the river will have the shape of a regular triangle. The brightest representative with a pronounced delta is the Nile River (Egypt), which flows into the Mediterranean Sea, as well as the Amazon with its confluence into the Atlantic Ocean.

In physics symbols are used in areas such as temperature, height, entropy, etc.

This would be expressed as follows:

The notation of increment by the letter Δ was first used by the Swiss mathematician Johann Bernoulli. The delta symbol entered the general practice of using the symbol after the works of Leonard Euler in 1755. In mathematics, the capital delta (Δ) means “change.” In the case of X representing the speed of an object, and if accompanied by delta “Δx”, it refers to “change in speed”.